Another Crack in the Glass Ceiling 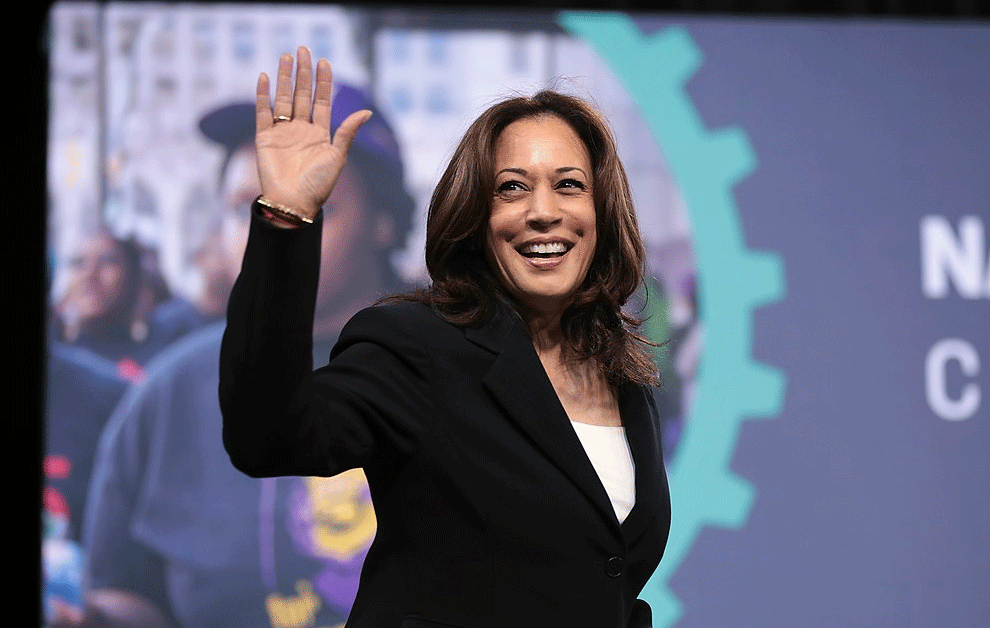 Big news for women in leadership:  For the first time in American history, a woman of color — Kamala Harris — is nominated as a vice-presidential candidate (only the third time for any woman, and as one of only two Black women ever elected to the Senate). It is indeed an accomplishment to be celebrated by all women in this country!

As expected, Kamala Harris is and likely will continue to be under intense scrutiny that many would argue is happening because she is a woman (and I would agree).  I am also sad to acknowledge that she will be scrutinized and criticized simply because of the color of her skin, not her character (as Dr. King has so aptly put it).

As a leadership expert I offer the perspective that Kamala, and all women in leadership roles, are also being judged from the outdated perspective of the male-centric leadership model that has defined leadership in this country for centuries. I’m calling upong Kamala’s example to provide an instructive moment on an alternative to that model, a concept I teach and write about called Comfluence™.  Note: This is a lesson piece for you and me, not a build-up or dress-down of the woman herself or the job she’s doing.

Bianca Barratt explains well the challenge women face with the male-centric model in her Forbes article, The Catch-22 Facing Female Leaders Today: ”For women to succeed, they are expected to act more stereotypically masculine but those that do so are perceived badly and suffer negative consequences as a result.”

Studies (and innumerable anecdotes I hear in my work with women leaders) find that when women adopt typically masculine behaviors like being commanding, directive, and taking risks, they are often perceived negatively as bossy, overbearing, or even ‘bitchy.’ Barratt quotes Sheryl Sandberg in her book Lean In on this dilemma: “Success and likeability are positively correlated for men and negatively for women.”

Leadership is a man’s job — it’s an old and harmful trope. You can perhaps see the dilemma — the Catch-22 — for any women leader who is in the public eye.

Comfluential™ Leadership busts the myth that leadership is a man’s job or that only masculine qualities make a powerful leader. We only have to look at many of the women leaders who’ve dealt successfully with the COVID-10 pandemic to understand the powerful blend of the “masculine” qualities — command, aggressiveness, analytic- and action-orientation — and the “feminine” qualities of patience, expressiveness, intuition, flexibility and empathy.

What is Comfluential Leadership? It’s a model which allows people to bring the best of their masculine and feminine qualities (we all have each within us to some degree) to the table for holistic, empowered, powerful leadership. What does that look like?

Kamala Harris clearly has command of her “command” or masculine style. Her roles as prosecutor, district attorney, and attorney general have included dealing with hardened criminals, challenging life-and-death situations, gritty issues of the death penalty and prison systems. We have seen her as a fearless interrogator as Senator on the Intelligence, Judiciary and Budget Committees. Since childhood she has understood the “fight” for social justice through her activist parents.

I believe her stereotypically “masculine” strengths have been proven and, unfortunately, are fodder for Catch-22 criticism. We’ve already heard her called “nasty,” and that she’s too aggressive — pointing her finger on the primary debate stage. There are those who complained that her own campaign for the presidency was too rigid.

One person suggested amid complaints, “Let Kamala be Kamala.”  I wonder if you have ever wished that someone would say that to you, as you struggle to be a good leader AND yourself at the same time?

So, we know her “command” leadership style is out there, “in your face,” not afraid to jump in and deal with whatever needs to be dealt with — great!

I’m not sure the public has seen the “influence” leadership style yet. I would ask her: “How are you going to bring the influential — the softer, feminine, compassionate, visionary — side to your leadership role?”

Kamala Harris, and all of us women, need to practice Comfluence™, to bring that feminine in while still maintaining the power of the commander, to recognize that her people need her empathy, curiosity, trust, and a relationship with her. Have we seen the side she might show more at home, the nurturing, “Mama Bear” who wants to protect those children in cages on the border, the folks who are dying of COVID-19 alone in the ICU, that she is an avid animal lover? Tapping into these aspects and melding it with the power she has would make unstoppable Influential Leadership, don’t you think?

So…Here is my question to you, Fearless Woman Leader:  Where would you be in this dynamic?

Are you perceived as Kamala Harris — district attorney and prosecutor, hardcore, hard-charging commander? Or, are you perceived as Mama Bear compassionately sharing and influencing immigration, animal rights, social justice, personal connections, and visions for peace?

What would it be like for you to bring those two together and to lead from that position of strength?