Did you know the most common leadership model is NOT the most effective? 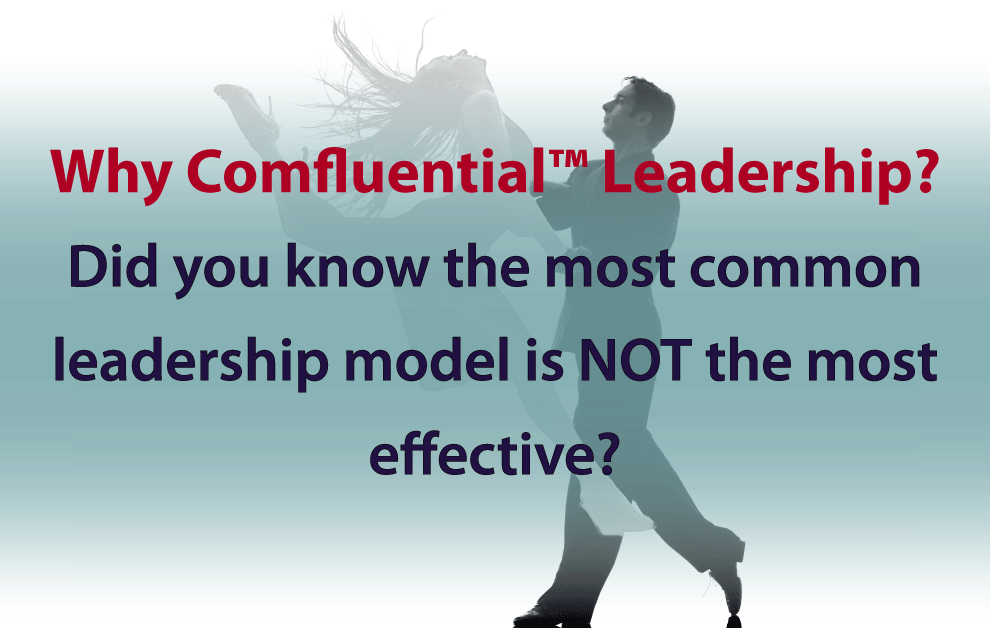 When you think of a leader, what image comes to mind? Do you see a man in a suit giving orders in a boardroom? Do you imagine the manager who is constantly barking orders at their employees?

If so, you’re not alone. This leadership model is the most common, and it is called the Command model. Essentially, you tell everyone what to do and they do it. Doesn’t matter if they agree with what you have to say, or if they like the tone with which you said it.

But how effective is the Command model of leadership, really?

Actually, it’s extremely effective in the right context — like the military or emergency services. This model was also quite effective in the workplace in the industrial age. During that time, the working men had all been through the military and they were working with dangerous machinery where one wrong move could cost them their lives.

In the current workplace, where things don’t tend to be literally life-or-death situations, the Command model may not work so well. Let’s face it — people don’t really like being told what to do, day after day, their opinion or buy-in never offered. We want to feel heard, understood, respected, and valued.

What’s the result of using the Command model as a leadership style?  Your team pushes back and eventually walks out the door. Your clients are one-and-done who never renew past their first contract or purchase. And….your vision remains far from fulfilled, right?

The Command model is even worse for a woman, especially in a company environment. The Command model comes from the current, dominant “masculine” leadership style which is the accepted style just about everywhere. The double-standard that happens is this: Women expected to fit into that model, to be commanding, focused, decisive, fearless, aggressive. Because you’re showing up differently from what men expect, they have tended to feel uncomfortable, even threatened or angry. So you get shunned, demoted, or even fired (for something like “REASONS” … which might be logical, it’s not the real reason you’re being let go, is it?

So if the Command model of leadership doesn’t work, what do you do instead? Do you adapt? Fight it? Work around it? Stop leading altogether?

It can be a dilemma for both men and women who want to lead with passion and purpose.