YES to Women in Leadership! 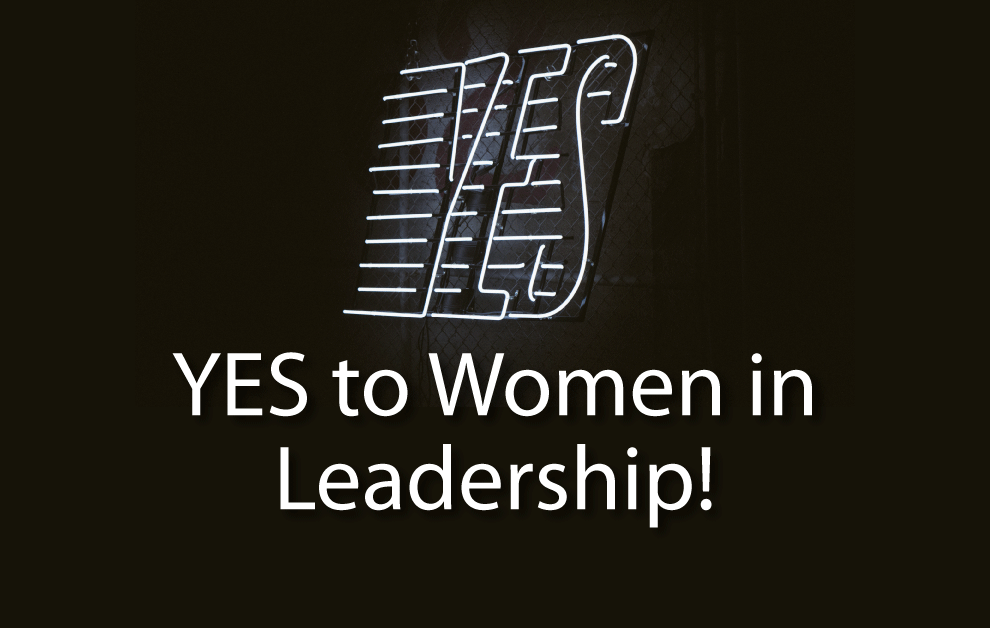 Many people believe that you are either born a leader or you’re not.

I do not believe this!

In my many decades of working with clients, I’ve seen people who have learned the mindset and skills that have brought them out of the shadows and into the greatness they were born to express.

True leadership is an art and a science, with skills that can be learned about the inner-game mindset, stepping into leadership confidently, becoming an effective influencer, and the nuts-and-bolts of building a successful organization or cause.

Because of society’s messages that crush the concept of women as powerful, many women perceive the art of leadership as something they can’t do, won’t do, and refuse to even think about doing.

I don’t want that to happen to any woman who has fire in her belly about a business vision or cause!

We can look to recent news to see examples of women who have (usually reluctantly) defied those messages to take a stand that stirred that fire, became an irrefutable urge, or released a life-held pain whose time had come to share.

Malala Yousafzai comes to mind – who said, “We realize the importance of our voices only when we are silenced.” She couldn’t stay silenced, even as a child watching girls being denied the basic right of education. And look at what she has built as a result!

This took more than her voice – it took leadership skills, a strategic path to move forward, and a team to support her.

I also think of the women who spoke up about sexual harassment and assault by men in power, and how they took the #MeToo movement to a global level. Women stepped into leadership roles that literally opened the floodgates for others to step forward all over the world. The 2018 midterm U.S. elections saw a record number of women running for office on almost every level.

The statistics about these women tell us that many of them were more experienced than their male counterparts, yet had not taken that next step in leadership until now. I wonder if perhaps their mindset kept them from seeing themselves as influential leaders able to step onto a bigger platform. I believe they found their strength and their voice from the inspiration of other women who stepped up.

And look where these women are now!  A record 131 women currently serve in the 116th Congress: 25 in the Senate, 102 in the House, 4 who represent D.C. or U.S. Territories. Many are taking powerful roles and committee positions, and newcomers like Pramila Jayapal, Alexandria Ocasio-Cortez, Sheila Jackson Lee,  Katie Porter, and RashindaTlaib have become household names – even Stacey Abrams who lost her election but has risen to a position of national influence because of her powerful voice on issues particularly important to women, families, and voter rights..

In many other arenas in this country and around the world, women are coming together to speak up, take action, and make change happen.

We women are stronger together!

Why not me? Why not you?

I invite you to consider yourself as the leader that I truly believe you are. Ask yourself questions like these:

What else do you need to bring out that greatness YOU were born to express?