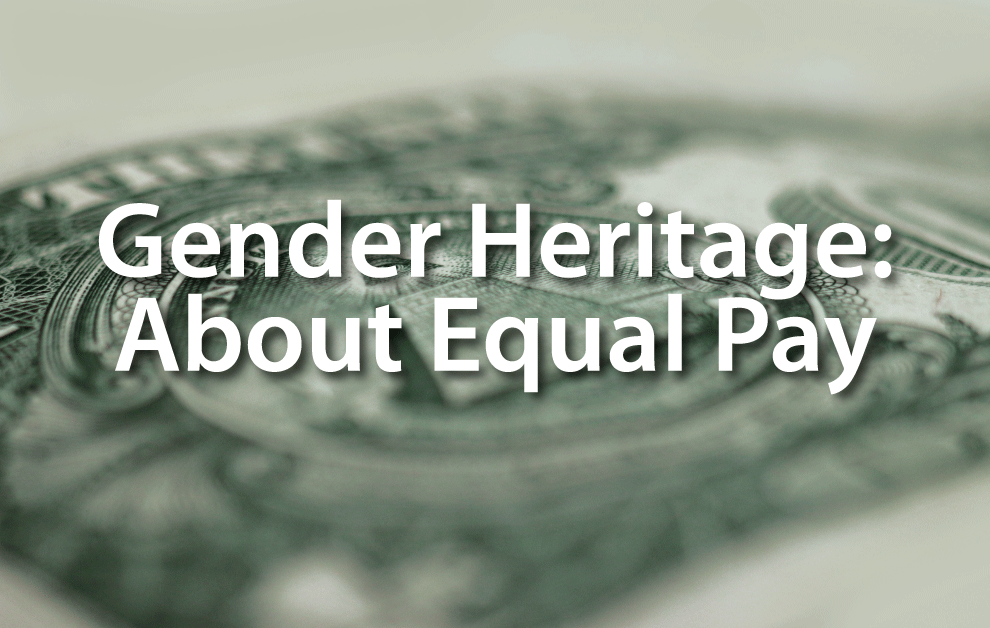 The U.S. Women’s National (Soccer) Team just won its second straight World Cup (2019) title, which of course is exciting for them and was thrilling to watch. However, as a women’s leadership trainer and advocate, my favorite part is the spotlight that the team, particularly Megan Rapinoe, shined on the persistent issue of unequal pay between men and women. “After the win, the stadium in Lyons, France, erupted in ‘equal pay’ cheers when FIFA President Gianni Infantino stepped out onto the field for postgame ceremonies [both men’s and women’s soccer is under FIFA].”

This Huffington Post article goes on to report: “FIFA is not the only soccer organization that fails to compensate women equally. Last week, more than 50 members of Congress wrote to the U.S. Soccer Federation to demand it pay the women’s team fairly, considering female soccer players receive a base salary of roughly $30,000 less than their male counterparts. They also earn less bonus money for making it to the World Cup.”

This even though the U.S. women’s games generated more total revenue than U.S. men’s games over the last three years. Here’s a graphic that shows the startling pay gap:

“So, I’m not a sports fan – why should I care?” You might be thinking. The reason I care so much is that this is the reality for most professions, and has seen little change since women began fighting for equal pay for equal work in the 70s.  According to research by the American Association of University Women (AAUW), women’s median earnings in 2017 were $41,997 compared to men’s at $52,146. The gap is even greater for women of color.

Why is there a gender gap? There are several reasons, including bias against working mothers, direct pay discrimination and, as we see from the statistics, racial bias. But what I am interested in sharing with you is what I’m writing about in my upcoming book, No One Stood Up When I Entered the Room: One woman’s journey from command to true leadership.  It’s about women’s leadership in a male-dominated world.

For hundreds of years of male-dominated leadership, women have received subtle and not-so-subtle messages about what leadership is, and who gets to be perceived and accepted as leaders; the message to women is that they’re not “real leaders” – men are.

We women were taught at a very young age that our role in life was to be supportive, to be perfect, not to “brag” or promote ourselves but to wait to be recognized, to know everything about a job/role/position before applying for it, not to talk over others (especially men). Essentially, women were given the message to “stay in their place.”

We were often told that the qualities that make us feminine were not valued, especially in the workplace or in politics. “Feminine” qualities include creativity, collaboration, cooperation, compassion, empathy, intuition, patience, vision, emotions and “heart.” If we did step out, it was by taking on the qualities of the masculine role model accepted by society, since men typified leadership.  The “masculine” qualities included using mind over heart, analysis and process, command, competition, assertiveness.  However, when we exhibited these qualities we didn’t fit the picture men (and many women) had of what feminine is. We might have been perceived as too angry or too aggressive. Either way, adopting the male model of leadership didn’t represent who we were – an expression of the masculine AND the feminine was missing.

What follows from all of this, then, is that: Women shouldn’t be taken seriously for a high-level job (they’ll just get married and leave anyway or they follow their husband’s job), that a man is “more suited” for a certain type of job (women should stick to nursing and teaching), that a man is the breadwinner so should be paid more or favored more than the woman in the equivalent position.

You might say that all of this messaging is very old-fashioned, that it’s not like this anymore. Well, that’s true in the sense that women are taking leadership roles in all kinds of ways, with college educations in higher numbers than men, being elected to political office in record numbers, balancing work and family, etc. However, gender heritage – those messages that started so many generations ago – still remain in the cultural quilt of our society and may well linger for a long time. This is why we still have the statistics [A1] [A2] [BG3] [BG4] like the ones I just shared and others, such as the low number of women who reach CEO positions even as their experience and performance often exceed that of their male counterparts. There is a damaging culture lag between the realities of women’s lives and society’s perception of their value.

How do we overcome this heritage?

First of all we need to recognize it when it shows up.  Like any thoughts that are ingrained in our subconscious, we have to untangle them.  We have to bring the thought into the conscious mind and then look at the feelings that thought brings up.  Once we know this, then we can begin to change how we act. This is truly the internal work that needs to be done before our actions will change our results.

Second, let’s look for female role models who are defying these statistics. This is why I am so happy for the exposure that Megan Rapinoe has given to the unequal pay debacle. She is modeling for young women everywhere that she knows this is happening, knows it is unjust, and is not going to accept it!  Not only has the entire Women’s Team  worked so hard and with so much excellence, they have also brought meaning to their victory for the entire world.

Third, we need to model that behavior ourselves in our own lives. Women need to step up and speak out when they see injustices happening to themselves and others. This is why I shifted my own career into my current passion of empowering women to become Comfluential™  leaders, the extraordinary leaders they are meant to be — with the full package of masculine and feminine traits expressed unapologetically!